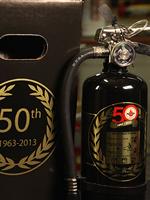 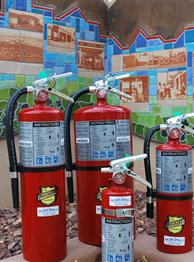 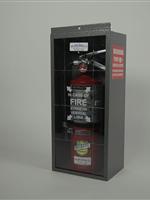 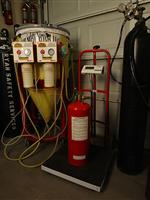 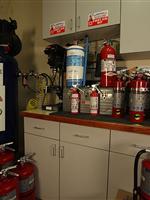 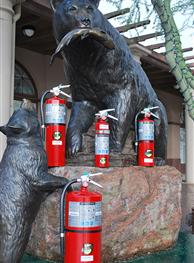 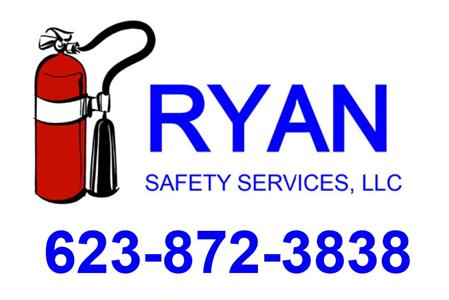 Ryan Safety Services is your fire and workplace safety destination for products, services and industry knowledge.

When it comes to fire and workplace safety, we don’t often think about it until it is too late or a code violation catches up with us. Many fire regulations have come into existence due to direct experience with the hazards they caused. The security of your business for your livelihood and your employees depends on consistent safety management.

Any of the following could cause major headaches or complete devastation if not attended to regularly:

Ryan Safety Services serves as a member of several industry organizations including:

Ryan Safety Services supports the value of your business and your employees with safety and insurance inspections, new build estimations, demonstrations and fire equipment training.

A fire doesn’t answer to business hours, your work-site’s fire safety apparatus can be restored to its proper working order day or night with Ryan Safety Services’ 24-hour emergency service.

A portable fire extinguisher can save lives and property by putting out a small fire or containing it until the fire department arrives; but portable extinguishers have limitations. Because fire grows and spreads so rapidly, the number one priority for residents is to get out safely.

Use a portable fire extinguisher when the fire is confined to a small area, such as a wastebasket, and is not growing; everyone has exited the building; the fire department has been called or is being called; and the room is not filled with smoke. Tips: The higher the rating number on an A or B fire extinguisher, the more fire it can put out, but high-rated units are often the heavier models. Make sure you can hold and operate the extinguisher you are buying. You may need more than one extinguisher in your home. Put one in the kitchen and one in the garage or workshop.

Each extinguisher should be installed in plain view near an escape route and away from potential fire hazards such as heating appliances.

Remember the word "PASS" when operating a fire extinguisher: Pull the pin. Hold the extinguisher with the nozzle pointing away from you, and release the locking mechanism.  Aim low. Point the extinguisher at the base of the fire.  Squeeze the lever slowly and evenly.  Sweep the nozzle from side-to-side. Know when to go.

Fire extinguishers are one element of a fire response plan, but the primary element is safe escape. Every household should have a home fire escape plan and working smoke alarms.  Extinguishers must be recharged after every use. Call Ryan Safety Services at 623-872-3838 and ask about the extinguisher and how it should be serviced and inspected. A partially used unit might as well be empty!

You should check your fire extinguisher once a month because extinguisher agents are stored under pressure and if the pressure drops, the extinguisher will be less effective.  We also provide monthly inspection services at your facility. The service typically costs about $65.00 dollars. Call Ryan Safety Services at 623-872-3838!

Ratings: Fire extinguishers are labeled according to the type of fire on which they may be used. Fires involving wood or cloth, flammable liquids, electrical, or metal sources react differently to extinguishers. Using one type of extinguisher on the wrong type of fire could be dangerous and make matters even worse.

Type B Label (B for Barrels) A Type B label is in a square on the extinguisher. This extinguisher is used for flammable liquid fires such as oil, gasoline, paints, lacquers, grease, and solvents. These substances often come in barrels. Type B extinguishers for Barrels.

Type D Label (D for "don't get involved") A Type D label is in a star on the extinguisher. This extinguisher is used for metal fires such as magnesium, titanium and sodium. These types of fire are very dangerous and seldom handled by the general public. Type D for Don't get involved.

When to Fight a Fire.

You should fight a fire with a fire extinguisher only when all the following are true: Everyone has left or is leaving the building. The fire department has been called. The fire is small and confined to the immediate areas where it started such as in a wastebasket, cushion, small appliance, stove, etc. You can fight the fire with your back to a safe escape route. Your extinguisher is rated for the type of fire you are fighting and is in good working order. You have had training in use of the extinguisher and are confident that you can operate it effectively. Remember, if you have the slightest doubt about whether or not to fight the fire - DON'T. Instead, get out, closing the door behind you to slow the spread of the fire.

Ryan Safety Services, LLC has everything a safe boating Captain could wish for.  If you’re planning a trip to one of the lakes and rivers in Arizona, call Ryan Safety Services at 623-872-3838.   All watercraft smaller than 26 feet and using any volatile liquid having a flashpoint of 110 degrees or less for fuel shall have on board and readily accessible at least one U.S. Coast Guard approved type B-I fire extinguisher if any of the following conditions exist:   •       Inboard engine •       Closed compartments where portable fuel tanks may be stored •       Double bottoms not sealed to the hull or which are not completely filled with flotation materials •       Closed living spaces •       Closed stowage compartments in which combustible or flammable materials are stored •       Permanently installed fuel tanks (fuel tanks secured so they cannot be moved in case of fire or other emergency shall be considered permanently installed) •